I grew up traveling and have developed into a full-time activist, full-time lover of humanity, part-time musician, and am now training to be a life coach. Above all, I want to reach people and bring on a new era of love.

I woke up pretty low this morning.

Didn’t especially want to wake up. Didn’t want to go to work. Didn’t see much joy in anything. Didn’t know why.

Eventually after playing some music and hiding under my duvet for about an hour I forced myself out of bed irritatedly and got ready for work. As I left the house and noticed how cold it was outside, I caught my negative state of mind and I reached out to the universe to help overcome it.

“Show me five miracles,” I asked, “by the time I reach the train station”.

You sure? The response was immediate. I was slightly relieved just to hear that voice again, even though I know I can reach it whenever I need it.

I’ll show you a lot more than five, you know.

“Well, let’s start with five and see what happens.”

Okay. Have a look at the dewdrop on this tiny leaf. 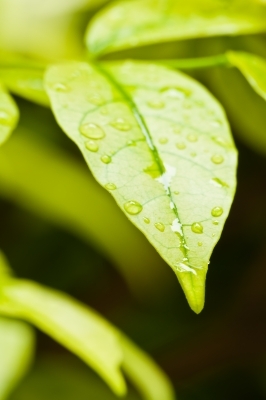 I sat and looked at it. It was oddly magical. I let myself pause there for a minute and absorb it.

I turned a corner.

There, see the plants growing out of the cracks in the sidewalk?

I did see them. They were pushing through concrete and somehow looked very healthy. It didn’t matter how much we humans tried to repress nature, nature came back. Looking at the courage of those little plants somehow inspired me. They didn’t complain, they just grew where their seeds were sown, and grew around any obstacles in their way.

Now look at that car.

“The car? The CAR? It’s stuck in traffic. It’s a symbol of the way we are ruining nature and running ourselves into the ground. Why is the CAR a miracle?”

“Why would it be cool?” Apparently the Universe just hit a nerve in me.

Well… I had to admit. We humans had made a machine that could get us across Ireland in a matter of a few hours, made it so that we could visit each other more easily, made the world a lot smaller. That is pretty cool.

The Universe was teasing me. How cheeky.

I rounded the corner to the greengrocers. “Are you open yet?” I asked the grocer. “Yes, of course – come in.” I walked in.

This is miracle number four, said the Universe.

I stopped and thought for a minute. I was in a room full of fresh produce. I had a look around. The dates were from Iran, the strawberries from Morocco, the avocados from Kenya. How many people had contributed how much work to make this selection available to me? How many climates on the planet had born how much fruit for us all to consume, and here it all is in Belfast. 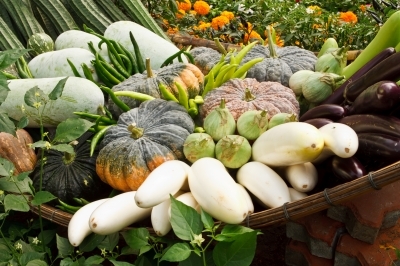 By now I was close to tears. I bought an avocado, a packet of grapes and some chocolate covered peanuts and left the shop.

“We’re not even a fifth of the way to the train station yet.”

I told you I would show you a lot more than five miracles.

“Yes, you did.” By now I was eagerly awaiting my next miracle.

The next one is the best one of all.

My daughter, you’re the fifth miracle. Don’t ever forget it.

My morning blues seem to be gone.

I’ll keep showing you miracles for the rest of our little walk together. Keep your eyes open.

When I got to work, the first user ID of the first call I received started with the world “love”. Thank you, Universe. I’m listening. 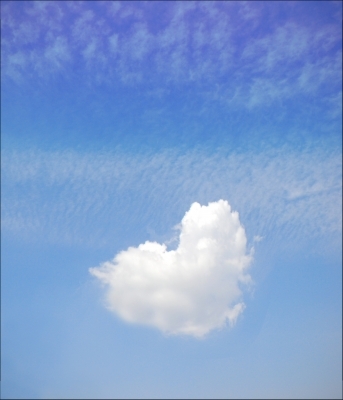